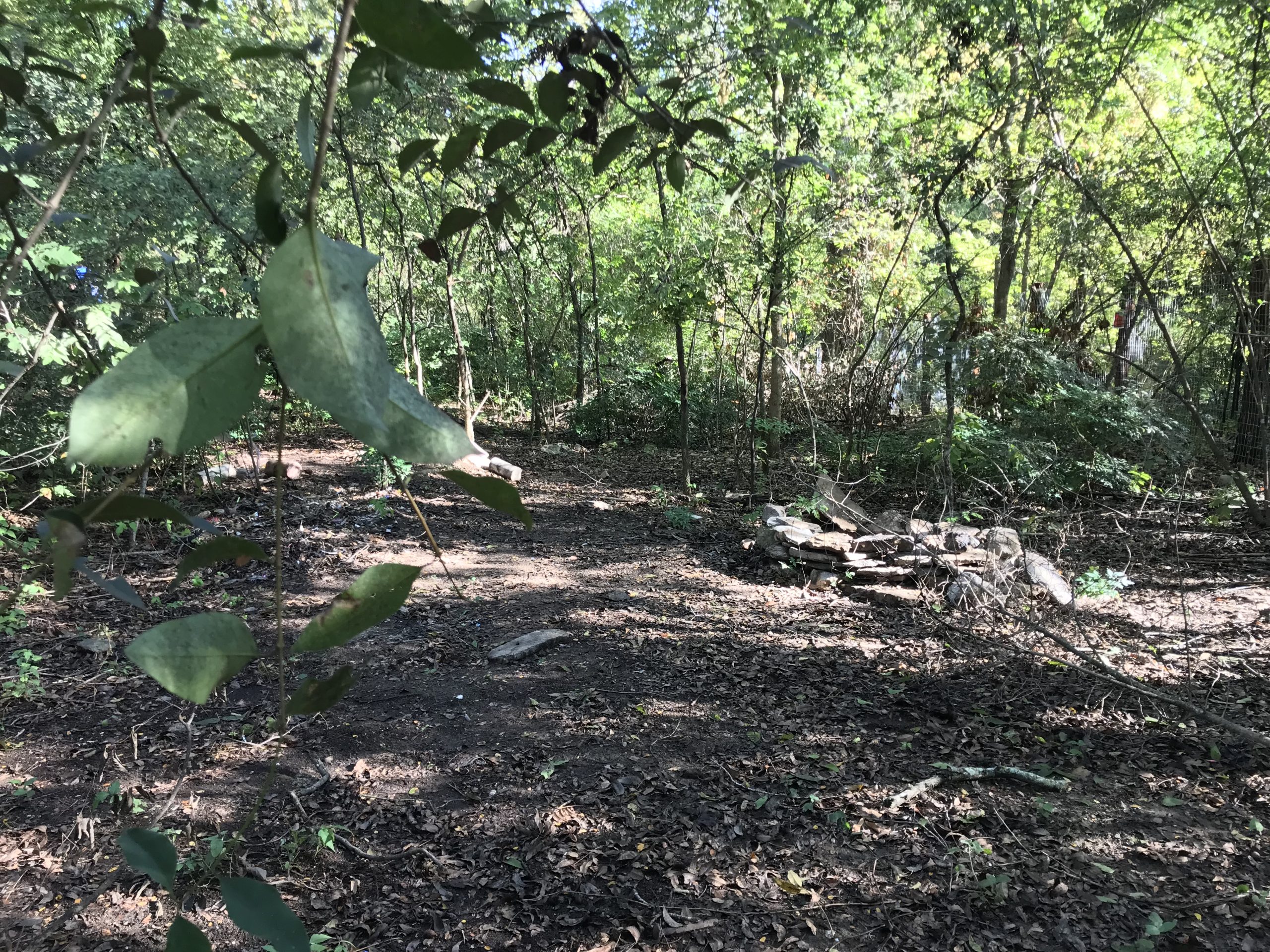 30 neighbors, with kids and dogs, turned out on Saturday, November 5, for the Austin Park Foundation’s Fall It’s My Parks Day to work on East and West Bouldin Creek.  It was a sunny, brisk day, just right for being outdoors.

A five-people crew pruned bushes and picked up trash in Nicholas Dawson, while the rest removed abandoned homeless camps in the West Bouldin Creek Greenbelt.  It had rained heavily Friday night, and West Bouldin Creek’s rock hop was mostly submerged, but Eric, Matt and Ronnie started early to make it passable.

The amount of trash left behind in those camps was almost overwhelming; the Austin Parks Foundation had provided a commercial dumpster and we filled it more than halfway, including a (motor-less) Vespa.

It was muddy work and heavy lifting, but we got it done – even better, a good time was had by all!

It is discouraging to see the large tent communities we currently have in the greenbelt. The City has no immediate solution for the homeless problem and camps will continue to exist in our green spaces for the foreseeable future. We realize that what we are doing amounts to putting on band aids, but it would be so much worse if we did not try to keep up. One of these days, we hope to get back to trail maintenance and invasive plant removal, instead of spending all our volunteer time hauling trash.

Until then – many thanks to everyone who participated, especially crew leaders Jody, Matt and Ronnie.